Bhavishya Badri (One of Panch Badri)

The five Badries are revered by all as the apt tribute to Lord Vishnu. Badrinath is devoted to the worship of Vishnu who, according to an amusing tale, usurped this place from Shiva. For Vishnu had come here as the gods once did, to offer penance. He loved the place so much that he plotted to unseat Shiva from his meditation here. He took on the form of a beautiful child and began to wail. Shiva's wife, Parvati picked him up but could not calm the child. Since his wailing continued to disturb Shiva, he shifted to Kedarnath in exasperation, leaving the spot free for Vishnu to occupy. But remainders of Shiva's stay continue to linger, most visibly in the name, badri, a kind of berry that Shiva was most fond of, and the gigantic tree, invisible to the morale eye, that served Shiva. Considered one of the Char Dgam or four principle places of Hindu worship at himalayas, Badrinath's four subsidiary badries include Bhavishya Badri, Yogdhyan Badri, Vridha Badri and Adi Badri. 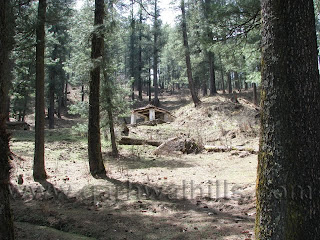 Bhavishya Badri is located at 2,744 mts. amidst the thick forests surrounding Tapovan. According to a divination, it is here that all devotees will throng once Badrinath is no more. While there can be no conceivable reason why this should happen, scientists agree that Joshimath, the entry point into the area before the final, most strenuous climb, is sited on an ancient landslide and has been sinking, and with a barrage coming up close by, may actually see the fulfillment of the divine prophecy. But whatever happens, Bhavishya Badri is popular even now. Enshrined here is the lion headed image of Narsingh. Visitors pass the serene the Tapovan a place known for its hot water springs en route to the banks of the Dhauliganga, and on to shrine.
April 2009, two continuous holiday 12 and 13, I got a nice opprotunity to start my Himalayan journey in coming season. I wanted to make this trip a combination of Trekking, Biking and holy so I made a plan for Bhavishy Badri, which is more then 300 km. from my town Roorkee and I just need to manage 1-2 days additional leaves for the trip. I asked my travel partner Pramod for the trip and as usual he became ready. I moved at 2:30 PM from Roorkee on 10/04/2009 by bike and reached Srinagar by 8:00 PM. I stayed with lokesh and next morning at 7:00 AM we continued our journey.
Now Lokesh has joined me, Lokesh, our best photogrpher and my photography guru. We reached at kaliasaur before 7:30 AM and went to Dhari Devi temple. We did there puja and came back. 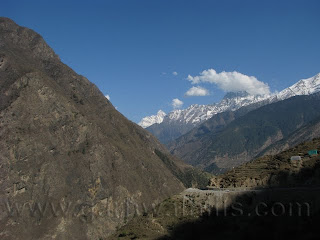 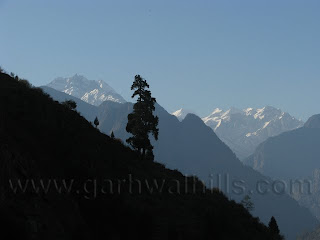 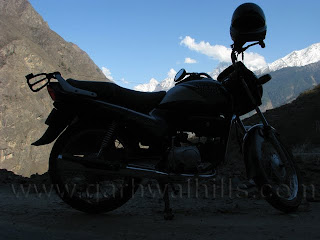 We left the kaliasaur at 9:15 AM and reached Nagrasu at 10:00 AM. We had there breakfast and from there we moved to Joshimath at 11:30 AM. Pramod and Anil Tolia (Pramod's Collogue belongs to Niti Valley) joined us in pramod's bike. Whole route was looking very scenic as it's starting of summer and all the peaks were snowy, weather was clear and open sky. We reached at Joshimath by 2:30 PM and had lunch there. 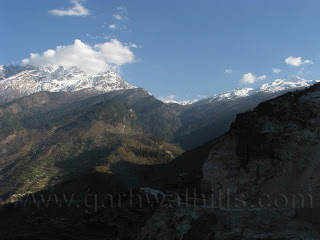 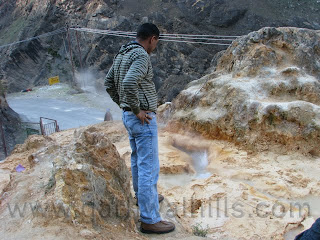 We wanted to visit Auli and then wanted to move to Tapovan but ropeway was under maintenance so we changed our plan and moved directly to Niti valley. After 10 KM. from Joshimath we got wonderful view of Nanda devi Peak. We stayed there for more then 1/2 hrs. and moved towards Tapovan. After 2 km. we got a Nanda Devi peak view point and stayed there again. We thought to stay at this place till sun set and wanted to view Nanda Devi in sun set but we had time so everybody agreed to go beyond tapovan. We knew that permission is required from Malari. So we decided to visit lata village. 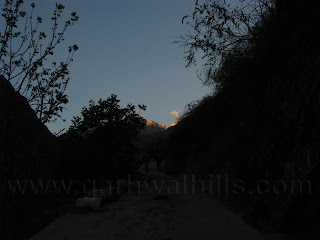 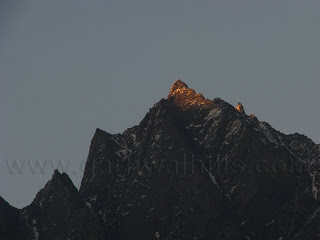 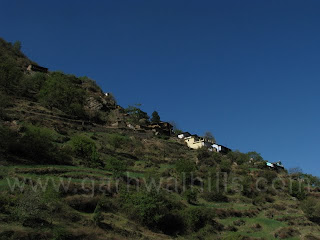 We reached at Lata road head where villagers live in winter. Now they have migrated in their main village 2 km. from here. All the houses were empty. We Stopped our bike under a shop shed and started trekking to lata village. An unknown mountain was looking awesome in sun set. From road there is a steep climb to lata village. we reached there before complete dark and asked villagers for night stay. A person Raghubir singh Rana proposed us to stay in his home and we went with him. He opened a room. Actually they came back just 2 days back from their winter houses so the rooms were not ready but they managed everything within 30 minutes. It was their festival time as the Idol of Nanda Devi shifts to main Nanda Devi Temple on Baisakhi. After dinner we enjoyed their local festival where villagers were playing Jumelon (local Dance). We wanted to record the festival but villagers didn't allow us even to take a single photograph, we respected their feelings and record the whole program in our memory and enjoyed a lot. 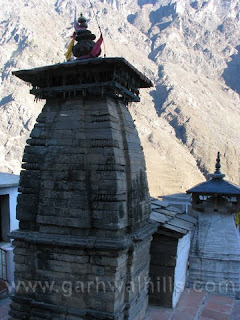 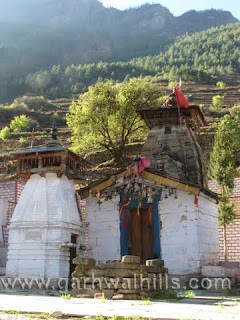 Next morning we visited main Nanda Devi Temple which was closed and had to open next day but we had to return back so we came down and did breakfast in Raghuvir's home. He provided us nice hospitality. He is 47 years old and an experienced guide. Then we moved to road head and soon we were at Saldhar, base for Bhavishya Badri. 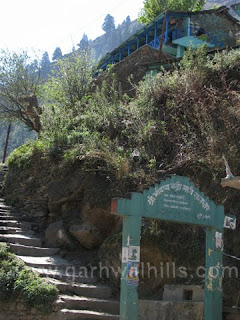 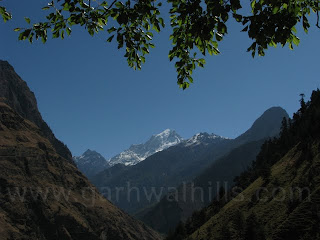 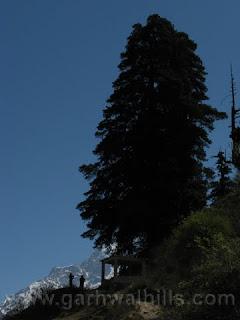 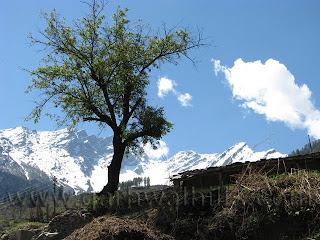 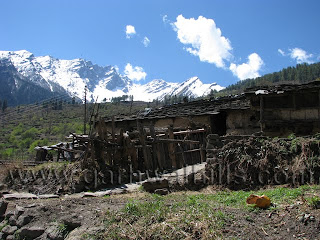 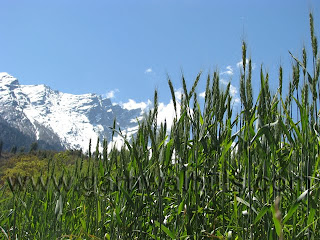 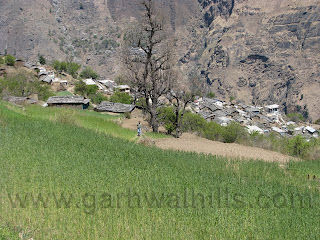 We started Trekking at 10:00 AM. It's a 2 km steep climb from here and then 1.5 km. gentle climb to Subhai village. From here route became more picturesque and one enjoys the hiking. There is a temple situated in subhai village which is also known as Bhavishya Badri. But as per the local people original temple is situated in forest, after 1.5 km. from village which is again a climb but not ascent. We reached at temple by 12:00 Noon. Temple is situated in a wonderful location but it's condition is bad and it must be renovate as soon as possible. 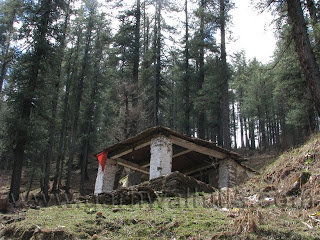 Before leaving Roorkee, I read a blog which shows the Bhavishya Badri route is not clear and confusing so one can get confused in the route, but as per our experience route is easy and one can reach their easily if he takes some idea from local people enroute. We stayed there for 1 hrs. now weather had changed and it was time to return as we have collected all the information what we want and now we wanted to reach Nagarsu today. we ate snack in a shop at subhai village and reached at road head by 2:30 PM. We read that Bhavishya Badri is 7 km. from road head but as per trekking experience it's not more then 5 km. yet we didn't measure it. 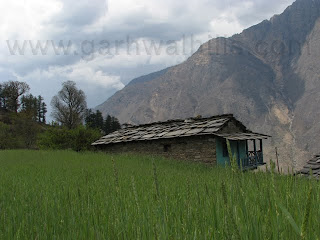 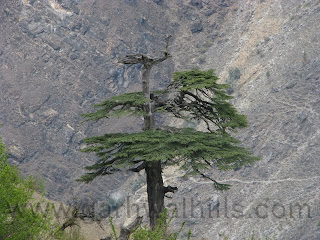 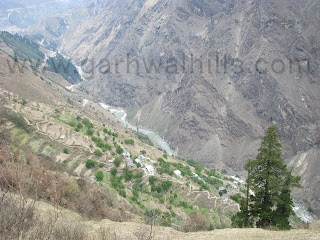 Now it had raining with winds but we started our bikes and moved to joshimath. We took 1 and 1/2 hrs to reach joshimath from there (not more then 25 km.) due to bad road condition and dusty wind.
We statyed for 30 min at Birahi and had their maggy and tea. we reached at karanprayag before complete dark. Now the road condition was very bad between karanprayag and gaucher which we were crossing in headlights with wind. Rain again started at Gaucher but we were at nagrasu before 08:00 PM. We stayed there in a hotel and next day we left to srinagar by 8:00 AM. I had the breakfast at Srinagar and left srinagar by 11:00 AM and reached roorkee before 4:30 PM. Trip was nice and we visited more then our expectations specially we visited Lata village without any prior plan and where we enjoyed the local festival. 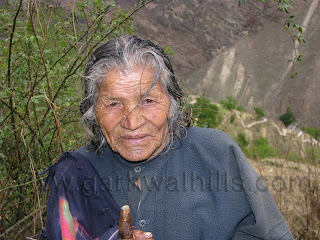 Posted by Garhwal Hills at 6:39 PM