Har-ki-Dun, situated at an elevation of 3566 metres is surrounded by glittering peaks and dense forests. The forests are rich in wild life and are a veritable paradise for bird-watchers and nature lovers. Har-ki-Dun, a relatively small, unspoilt valley very similar to the Valley of Flowers, is 8 km. froom Osla the last village in the region. To some trekkers it is a preferable destination as it involves more of a trek, is not so often visited, and is not yet commercialised. From Har ki Dun it is possible to climb many named and un-named peaks and to cross over the ridge to Yamunotri. 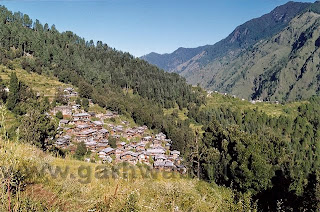 We finalize our har ki dun trek over telephone. Myself, Dr. Shekhar Bahuguna, Thapliyal ji and our Nepali porter, who loves nature & trekking and always get ready whenever we call him for any trek. He even comes in low charges. We agreed to meet at dehradun, so thay came from srinagar and myself from kotdwar. They had done all the arrangements & packing at srinagar. Next day early morning we caught the bus for naugaon. We had to follow Dehradun-mussoori-Naugaon-Purola-mori route. One route goes to yamunotri from naugaon via barkot. It was a raini season so road condition was very bad and we had to change the vehicle in many places. En-route we met a Bengali group who were also going to the Har ki Dun, they were five and from railway. From naugaon we got bus for purola. The whole valley is very beautiful. Mussoorie is 35 km. from dehradun and naugaon is 82 km. from mussoorie. From mussoorie to naugaon we had to change the vehicles in 7-8 places. This belt is a good fruit belt specially apple. A navodaya vidyalaya was looking very beautiful in these hills. Purola is 19 km. from naugaon. It is situated in a very beautiful valley. We purchased hunter shoes for porter from here. We covered purola to mori by taxi. Mori is a small market and surrounded by dense forest, from here one route goes to Hanol–tyuni and another towards har ki dun. We reached natwar 12 km. from mori by taxi, enroute we paid entry fees of Govind WildLife Sanctuary to forest department.
We did night stay at sankari which is 13 km. from natwar. Calcutta group was also with us. Taluka is 10 km. from here. Half route was done by taxi and then we started proper trekking for har ki dun. Each of us was carrying 17-18 kg. weight. Taluka is a small market and had lot of tourism possibilities if road will be approached. It was 2:00 pm now, trail was easy and people were available in short distance. One thing I noticed that children were begging for toffee and sometimes it was begged by elders also. Enroute we crossed villages, where houses were built in a different style, beautiful double story houses. Our porter was carrying heavy baggage so we hired a local porter. We did night stay in verandah of a shop at seema village. A natural water spring was making a nice sound. 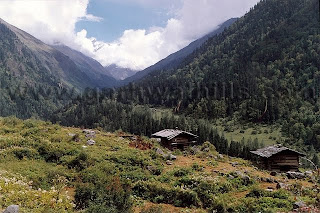 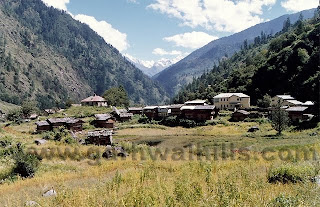 We met Calcutta group enroute. Most of the members reached there but with difficulties. One GMVN rest house and a forest rest house is there. Doors were opened so we decided to stay there. No one was available to take care of rest house. It was dark now and we congratulated everybody to reach there safely, specially to Thapliyal ji because few months back his leg got fractured and a plate was fitted, but he reached there with courage & passion. I was suffering from headache now, so I took medicine and did rest, friends made dinner and after having dinner we went inside sleeping bags. 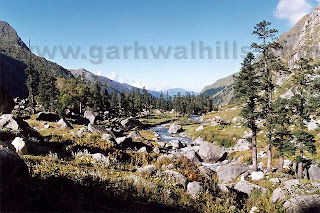 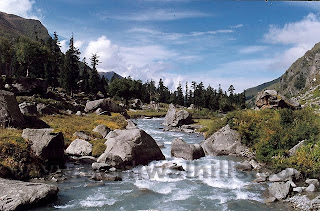 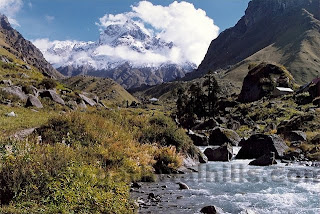 Next morning we went to jyundhar glacier. Jyundhar glacier was spread in a big area. We worshiped here and had breakfast which we carried. We stayed here for few minutes, suddenly the snow fall started with winds, we save ourselves in a shed of rock and returned, when it became slow. We reached har ki dun till late evening. This whole area is like a dream land, which one can’t imagine without visiting the area. Now forest employees had reached there, they gave us a wooden hut for stay. It was very beautiful and the wooden floor was providing relaxation from cold. 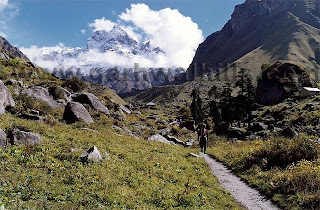 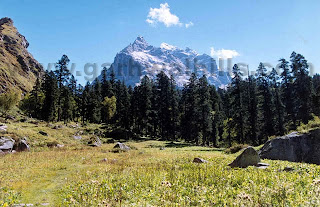 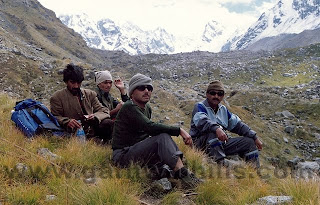 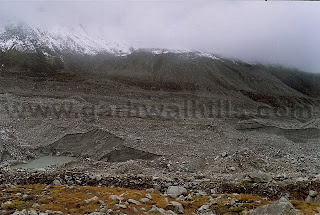 Next morning we followed the back route after breakfast. We walked very fast till osla, from osla we took another route which goes to ruinsara tal (Saptrishi Kund). There was a little climb in that route, we camped in a beautiful bugyal, which was surrounded by forest.
While pitching the tent one should take care of some important things, e.g. place should be safe from water if rain started, pots should not be cleaned and waste food should not be thrown near tent, otherwise wild animals can come & damage the tent. Kitchen tent should not be opened other wise wild animals can destroy the food. Here We met two Israeli trekkers, thpliyal ji sat with them for long time. They shared their experience to one another in night, we also thought about to go to yamunotri valley after crossing Bali pass which is near to ruinsara tal. 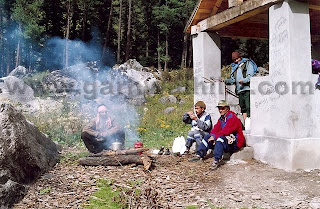 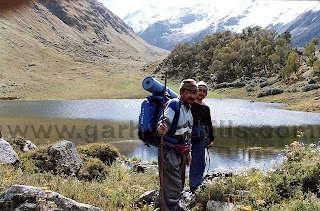 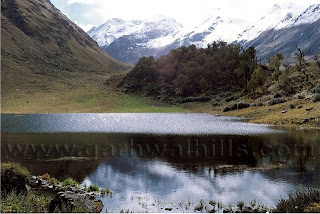 Next morning we climbed a hard trail which goes parallel with ruinsara gad. There is birch forest before ruinsara tal, after crossing the forest, a beautifull lake Ruinsara Tal is located in the base of hills. There was a shed in a cornor so we decided to stay there and after keeping our baggage there we searched the near by area. Next morning we got up early and climbed up to few km. to see the bali pass route, bali pass was in another side of river and we could go to yamunotri after crossing it. But this time it was very difficult to cross the pass without equipment. So we followed the same way to return and walked very fast till seema. We did night stay in same verandah. We were tired so ate early and went inside sleeping bags. 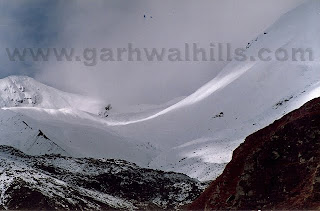 Next morning we got up early, It’s very important in trekking to got up early only then you can enjoy the natural beauty in morning, which can not be seen later due to weather change, second you may reach timely to your destination. We walked very fast and reached taluka. Then we did a little trek and rest by taxi till mori. Form mori we got taxi for hanol, which is situated in mori - tyuni road and just six km. from mori. We did night stay in hanol, prepared food ourselves. Next morning after taking bath we went to Mahasu Devata temple for worship .This is a famous temple of this area so you can see here so many pilgrimage. We wanted to go to the chakrata but we didn’t get any vehicle for chakrata, so we took the bus for Puola and next morning we got direct bus to Srinagar. 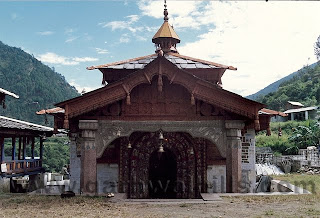 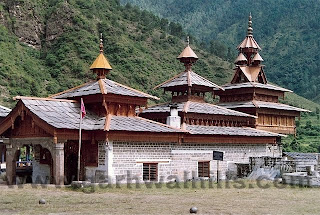 Posted by Garhwal Hills at 2:33 PM